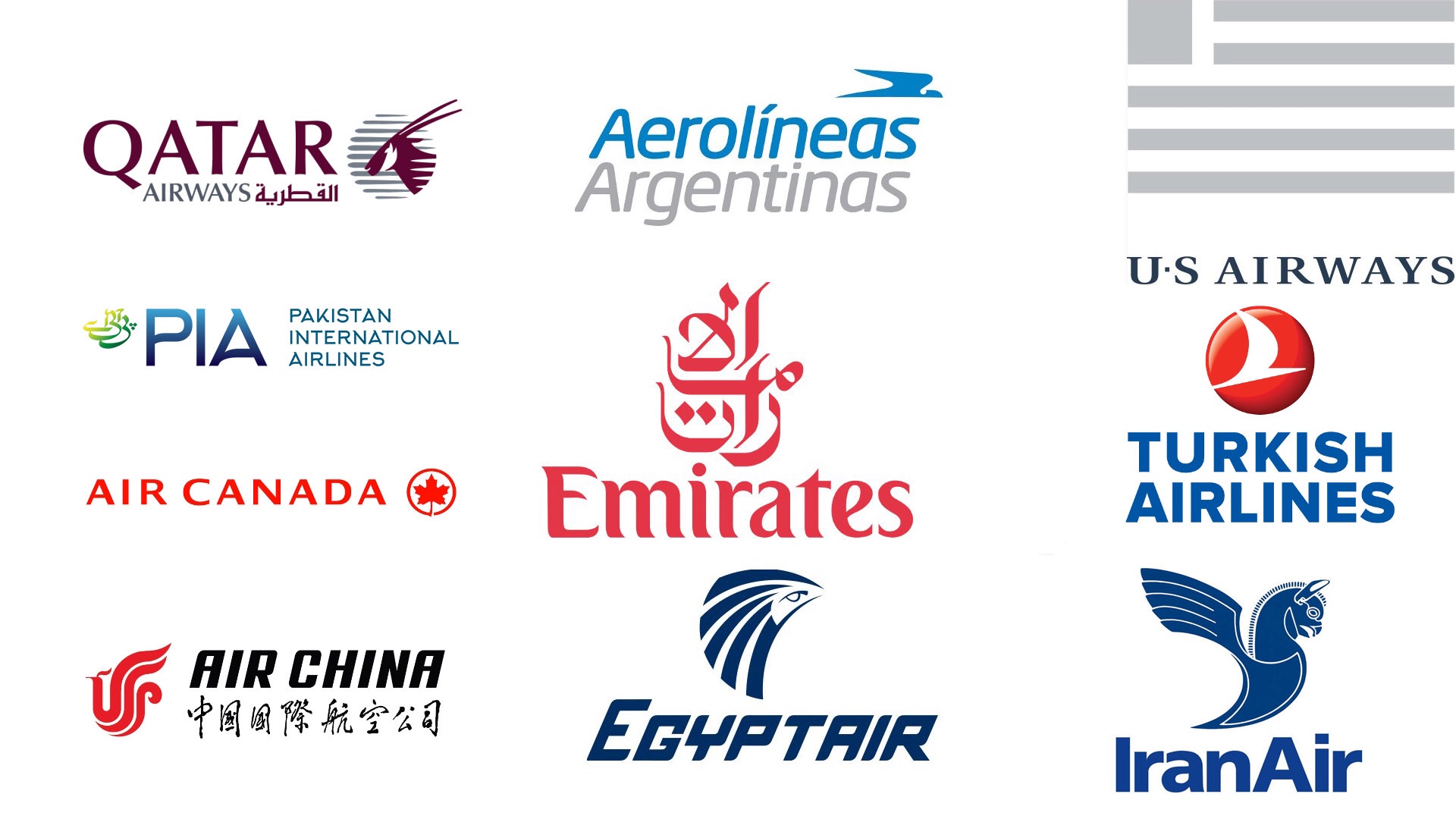 It just can’t be emphasized enough: every brand needs a good logo to make an impact in a highly competitive market, regardless of whether these brands have their roots in the ground or are soaring above the clouds.

The fact that a good logo is essential for an impactful first impression applies even more to airline brands than it does to any product oriented one. Why?

This is because even if there is little or no competition, an airline logo needs to deliver the values which an airline represents. For instance, any airline which stands (or rather flies) as an ambassador for its country needs to showcase a logo design which either incorporates the national flag into its logo or the national colors: so primarily you need an airline logo, designed to be non-offensive, memorable and of course aesthetically appealing.

That’s a lot of pressure! Ironic.

Though each airline logo, designed for individual companies is and should be unique, there’s no such thing as too much inspiration. Learning is growing so allow me to shed some light on the top 5 most popular airline logo designs and what makes them a source of inspiration for designers and their competitors alike.

Anyone who has been to the UAE might certainly have boarded these luxurious air buses, but it’s not just the flight experience that’s worth appreciation. The Emirates airline logo is worth talking about when we’re speaking of airline logo designs to absorb inspiration from.

Smartly using Arabic calligraphy in a word mark logo that gives the illusion of a symbol, the Emirates logo not only represents its roots but also exhibits a logo which is simple yet eye-catching.

READ ALSO:  The Role of Custom Boxes in Business: Learn Benefits of Packaging

The airline logo, designed originally by Negus and Neguscreates an emotional attachment while maintaining a corporate image with its elegant font and red/white colors.

Drifting away from its previous design, the American Airlines logo, designed once again in 2013 gives the airline a much more modern appeal.

The new logo design smartly uses the colors of the American flag (red and blue) in gradients while the design immaculately depicts what the logo is for: an Airline that’ll fly you to your dream destination instead of something that looks like its part of the 4rth of July parade.

Experience with Singapore itself might be restricted to watching the beautiful country in movies but the airline’s logo design is something to truly admire. Quite distinct from logos of other airline, the logo showcases a bird as its symbol taking inspiration from a silver Kris which was part of folklores in Southeast Asia thus incorporating a cultural feel into a brilliant logo design.

The golden color says it quite clearly: “we are a luxury airline” while the blue background highlights the symbol and word mark in a classier way.

Taking a cultural approach, the Thai Airways logo is another masterpiece in its own right, taking its colors and design from Thai traditions. This Airline logo design breaks a lot of clichés but in a subtle and appealing way.

It arouses cultural sentiments and emotional attachments of the people of its land while representing the country.

Well, the British have always been popular as a classy group of people and their Airline logo design exudes just that: sophistication and class!

An elegant, imperial font with a symbol that has its roots in the speed bird symbol of the Imperial Airways in 1932, is pretty much the gist of this luxury Airline’s logo design.