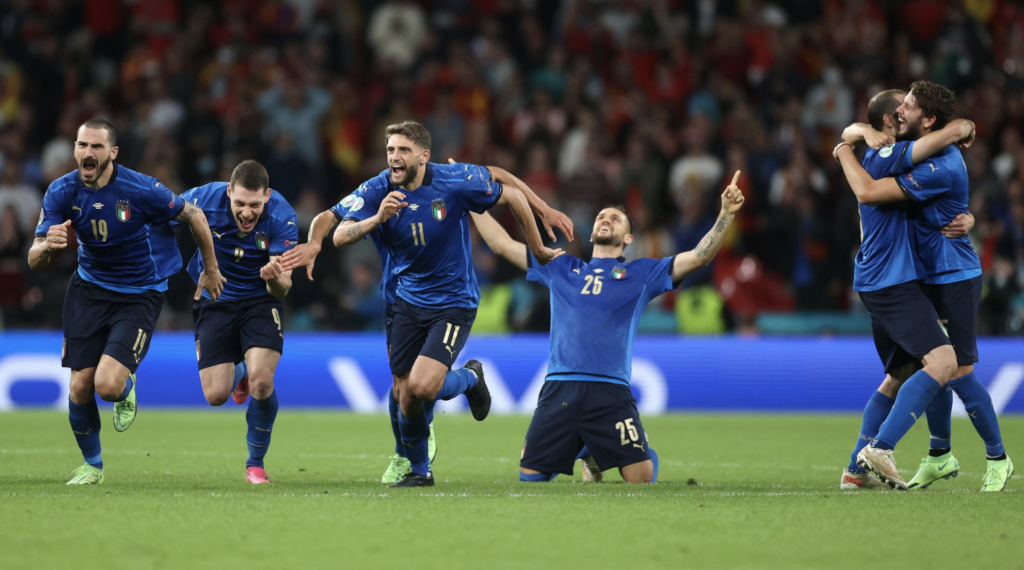 For the first time since 2012, the Azzurri of Italy has qualified to the European Championships 2020 which is ongoing.

In order for them to qualify yesterday 6th July 2021, at the Wembley Stadium they defeated Spain. The match was an entertaining one as it gave football lovers massive end-to-end action.

The match ended one all during the normal 90 minutes and it was forced to go to extra-time resulting in a penalty shoot-out.

The Spanish team missed two penalties while the Italians missed only one penalty. Italy will be facing the winner of the match between the Three Lions of England and Denmark which will also be played today 7th July 2021 at the Wembley Stadium.

The final of the tournament will be played on Sunday, July 11.

In 2012, Italy faced Spain in the final, however, they failed to win as they were whipped 4-0 at the end of the match.

This win has presented them a special revenge and we could imagine how the streets of Italy will be beaming with wild celebrations.