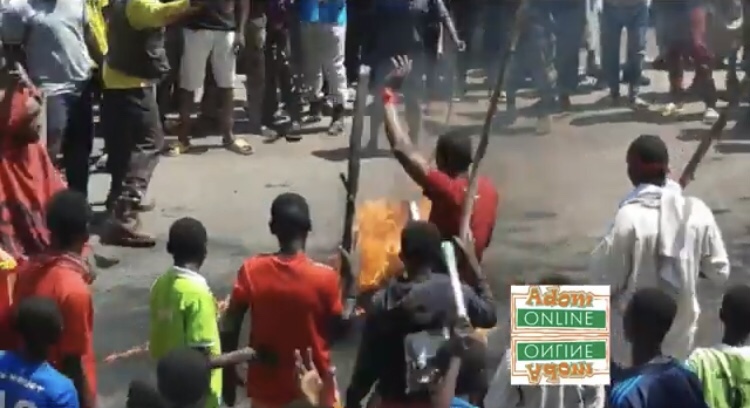 Four persons have reportedly been shot in a clash involving youth of Ejura with the military and police officers.

The protest followed the death of a social media activist and member of #FixTheCountry movement, Kaaka Anyass Ibrahim, popularly known as Macho Kaka, after he was attacked by a mob at Ejura.

The angry youth, who are demanding justice for Ibrahim Mohammed, have been on a rampage at Ejura since Monday.

They burnt tyres on some major streets as a sign of anger following the death of their colleague.

The police and military were deployed to the town to ensure calm on Tuesday morning but the situation got worse.

Reports indicate about seven armed men came in and started firing into the air but not long after they fired into the crowd.

The injured persons have been rushed to the hospital with the irate youth threatening mayhem if justice is not served amid tension.

“When the essence of your life is threatened, you fight back with all you have got and that is what we are doing. We are not backing off, they should come and kill us. We will continue until we get justice,” one of the protesters vowed.

Watch the video below: