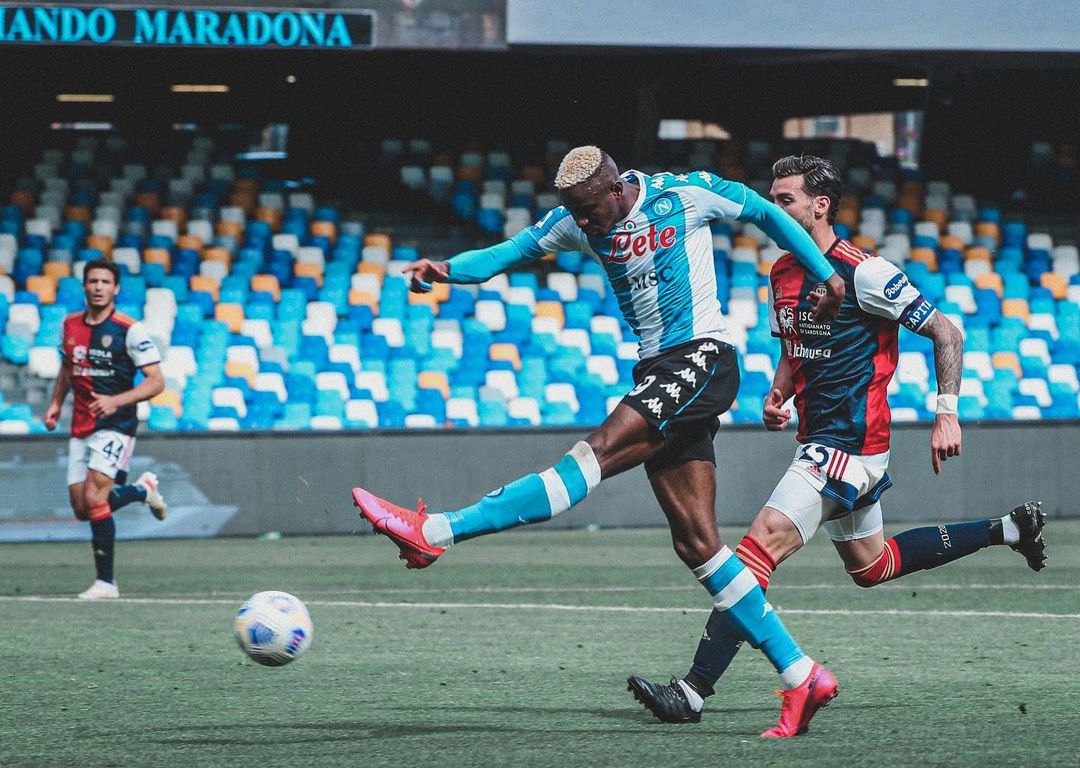 After speculations surfaced in Italy that the club would be structured around Victor Osimhen, the Napoli striker will be given more responsibilities in the coming season.

Under new manager Luciano Spalletti, the 22-year-old who joined Napoli under Gennaro Gattuso will play a key role.

According to Ghgossip, the tactician has a feeling that former Nigeria Under 17 striker is capable of leading the team’s attacking squad in the coming season.

Osimhen is now a point of reference for Napoli’s future, according to Italian outlet tuttonapoli.net, which reports that coach Spalletti will have him all set from the start of the season.

“Napoli restarts from a certainty in the attack. Luciano Spalletti’s line-up is ready to start a new season with Victor Osimhen who will be the point of reference for the team.”

An element of absolute value will represent the offensive terminal in the 4-2-3-1 of the Tuscan coach.

The Nigerian will leave for Dimaro’s retreat where, from day one, he will be available to the new coach.”

Away from sports, Lauretta Onochie, the Special Assistant to the President on Social Media, says she is being targeted over her nomination as INEC national commissioner because she has always observed procedural fairness.

Onochie indicated during her Senate Committee on INEC screening as an INEC national commissioner nominee that she is not partisan and that she follows due process and the law.

“I’ve no partisanship in my blood. I have seen many petitions against my nomination not only from the PDP, but also from some APC members.

“I’m not partisan. They know. It is about the law. No one has any reason to fear for my nomination as INEC commissioner representing Delta. As far as I’m concerned, I’m madam due process. That’s why all the attacks. I follow due process, I follow the law.”