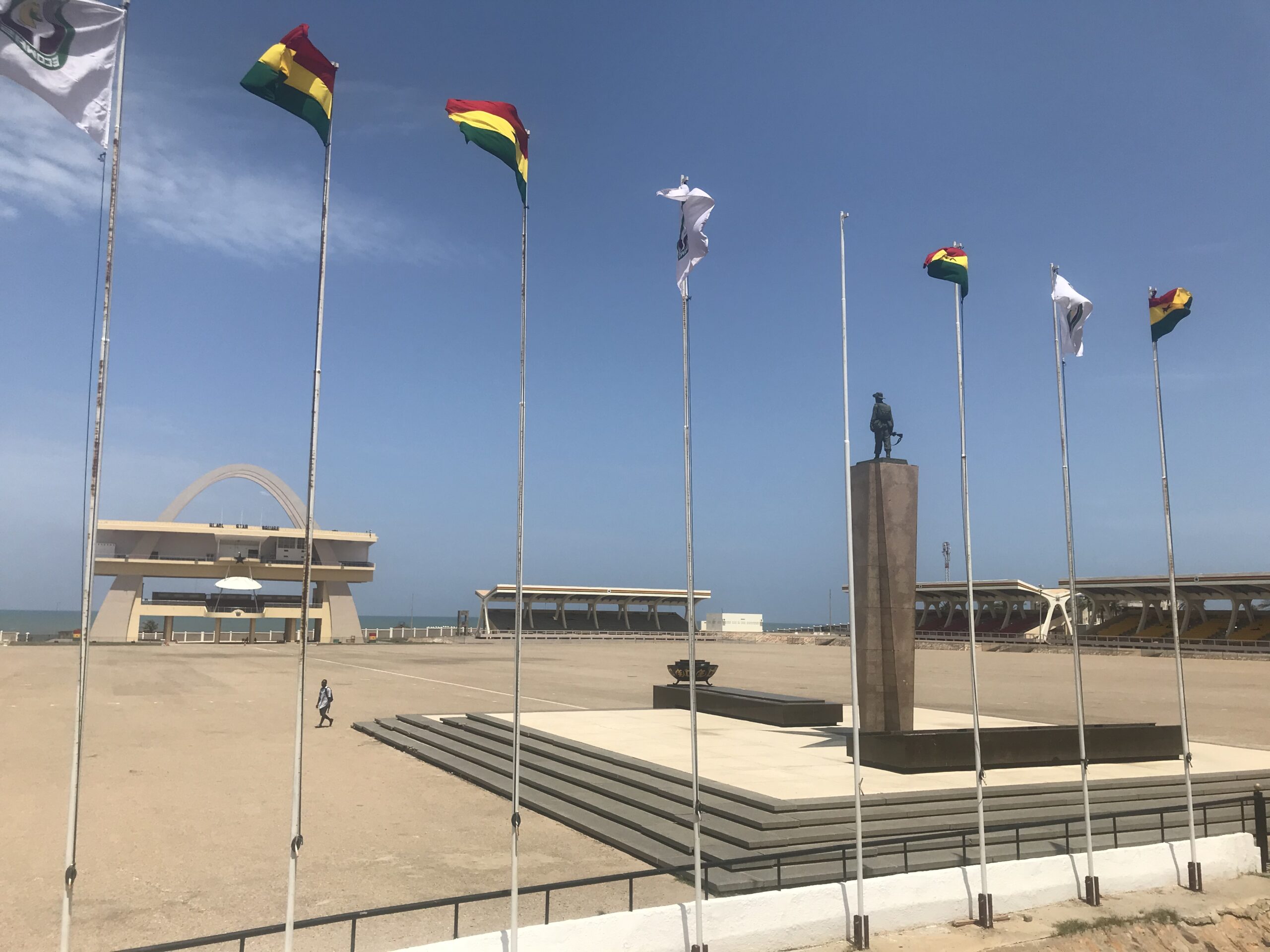 Greater Accra is popular for its unique cultures, particularly the Historical sites. The Ghana Tourism Authority is doing great work in promoting tourism in Ghana as they have currently launched a new campaign dubbed experience Ghana and share Ghana. This campaign is to help promote domestic tourism and encourage Ghanaians to visit tourist destinations in their regions and other regions.

The experience Ghana campaign has began with Accra city tour where staffs of Ghana Tourism Authority toured some of the top 5 Historical sites in Greater Accra Region.

It’s a national park erected in memory of the first president of Ghana, Osagyefo Doctor Kwame Nkrumah. The park was built on a former British polo field, which happens to be the point where Nkrumah declared independence in 1957.

The park consists of five acres of land and holds a museum tracing Nkrumah’s life. There are many personal items on display, but the centrepiece is the mausoleum, Nkrumah and his wife’s final resting place. Kwame Nkrumah Memorial Park & Mausoleum is a place every one should aleast visit to learn more about our first president and the history of Ghana.

This historic town, Jamestown, is one of the two oldest districts in Accra. The second is Usshertown. As early as the 17th century, Jamestown already had communities. By the end of the 19th century, it already had heavy development.

Jamestown remains useful today as a great fishing harbor. The area has witnessed a tremendous population growth over time. The most prominent structure of Jamestown is the lighthouse. The original structure is the handiwork of the British as early as 1871. However, the present structure came to be in the 1930s. The Jamestown lighthouse has an imposing height of 28 meters.

From the summit, you will get a bird’s eye view of the Ussher Fort, the Bukom district, and the James Fort. Jamestown is today a popular tourist destination and one of the important historic sites in Ghana.

Independence Square (also known as “Black Star Square”) is one of the most popular tourist attractions in Ghana. It was built in 1961 and it contains monuments to Ghana’s independence struggle, including the Independence Arch, Black Star Gate, and the Liberation Day Monument.

The Independence Square is the second largest City Square in the world after the Tiananmen Square in Beijing, China. With a capacity of about 30,000 people, the Black Star Square is a site for Ghana’s Independence Day parades which falls on the 6th of March every year and for all major national public gatherings and national festivals.

As of 2011, the Independence Arch is guarded by several soldiers who prohibit people of taking close up pictures of the Arch and asking visitors for official permission, but you are free to take pictures of the area. There is also a fascinating view of the Guinea Gulf.

Bukom Boxing Arena is the first boxing arena to be built in Ghana. It’s multipurpose facility and was commissioned by the former president of Ghana John Dramani Mahama in November 2016 and has a seating capacity of 4000.

READ ALSO:  Things to Do in Rupin Pass Trek

Other facilities in the open-air edifice include a sports hall, aerobics center, Olympic size swimming pool and conference hall. The arena was constructed in Bukom due to the numerous world boxing champions the community has produced.

The Flagstaff House, also known as the Golden Jubilee House, is one of the architectural highlights in Accra. The building is the presidential palace and the office of the president. The Flagstaff house represents the executive branch of the government and the most influential person in Ghana.

The building’s shape was inspired by the Golden Stool of the Ashanti people. It is one of the most important representations of the divine nature of the king. The building is made up of four buildings that are connected at the top with an air bridge. The base of each building is around 19×19 meters wide and tapers towards the top. This unique shape creates the stool. On the top of the building, there is an iron framework which curves at the edges to give the stool its seat.